Our Farmer’s Market is Expanding 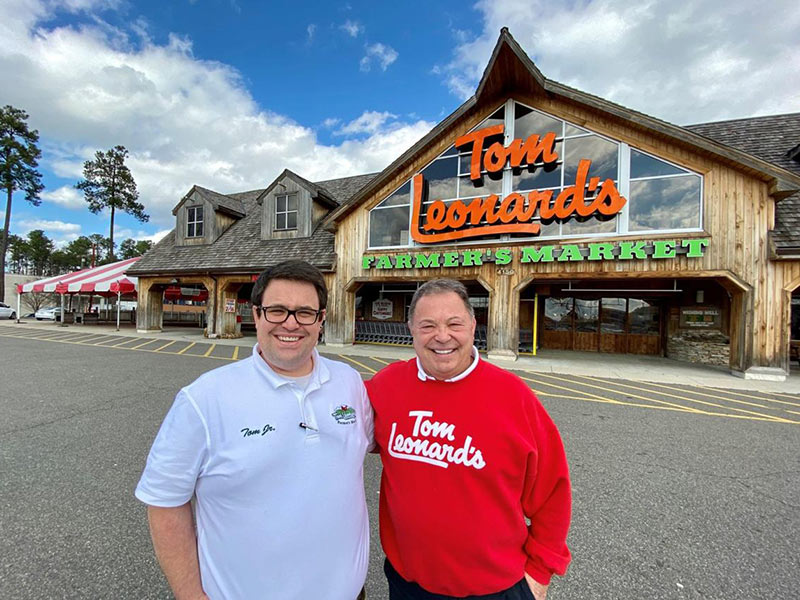 Tom Leonard’s Farmer’s Market, which has operated in western Henrico County since 2004, is getting bigger.

The 15,000-square-foot market will nearly double in size when the store expansion project is completed later this year, owner Tom Leonard said.  Construction should begin late in the spring.

The expansion will take over the tented area to the left of the store – where pumpkins and Christmas trees are typically sold.

The added space will enable the market, off Tom Leonard Drive, to expand and move its bakery and deli departments into the new space. The bakery will be able to make fresh-boiled bagels – “the way they do them in New York,” Leonard said.

Other departments, like meat and seafood, will get bigger. The store’s kitchen will be greatly expanded and offer more prepared foods to eat in the store or to take home.  It also will add a new fresh-cut fruit section.

The market, which focuses on produce, meats, bakery and dairy items, is behind the Best Buy store off West Broad Street. It is between a Goodwill store and the Candlewood Suites hotel.

The expansion is a dream that Leonard has thought about even before his market opened.

“When we decided to do this, we decided to buy all [6.3] acres and then go to rezone it and get it all set up for expansions,” he said. “We took the small store and designed it to get it up and running and building up [support from] customers and then, as wanted, to expand it.”

Back to Top
Call Now Button